Location of the sample component

After the installation or build is done successfully, test it in action with the included sample components. Sample components can usually be found at

This sample set consists of RT-components ConsoleIn and ConsoleOut. ConsoleIn is a component that outputs numbers input from the console to the OutPort, and ConsoleOut is a component that displays the numbers input from the InPort on the console. These are just simple examples to use the I/O (input and output). It works by making a connection from the OutPort of ConsoleIn to the InPort of ConsoleOut and activating (Activating) the two components.

The following explanation assumes that you have installed OpenRTM-aist with the MSI installer and start various programs from the Start menu.

Follow the steps below to start the RTSystemEditor and name servers.

After the name server start, start the appropriate sample components.

For Windows 10, open the sample folder by typing Java_Examples in the [Type here to search] field at the bottom right. 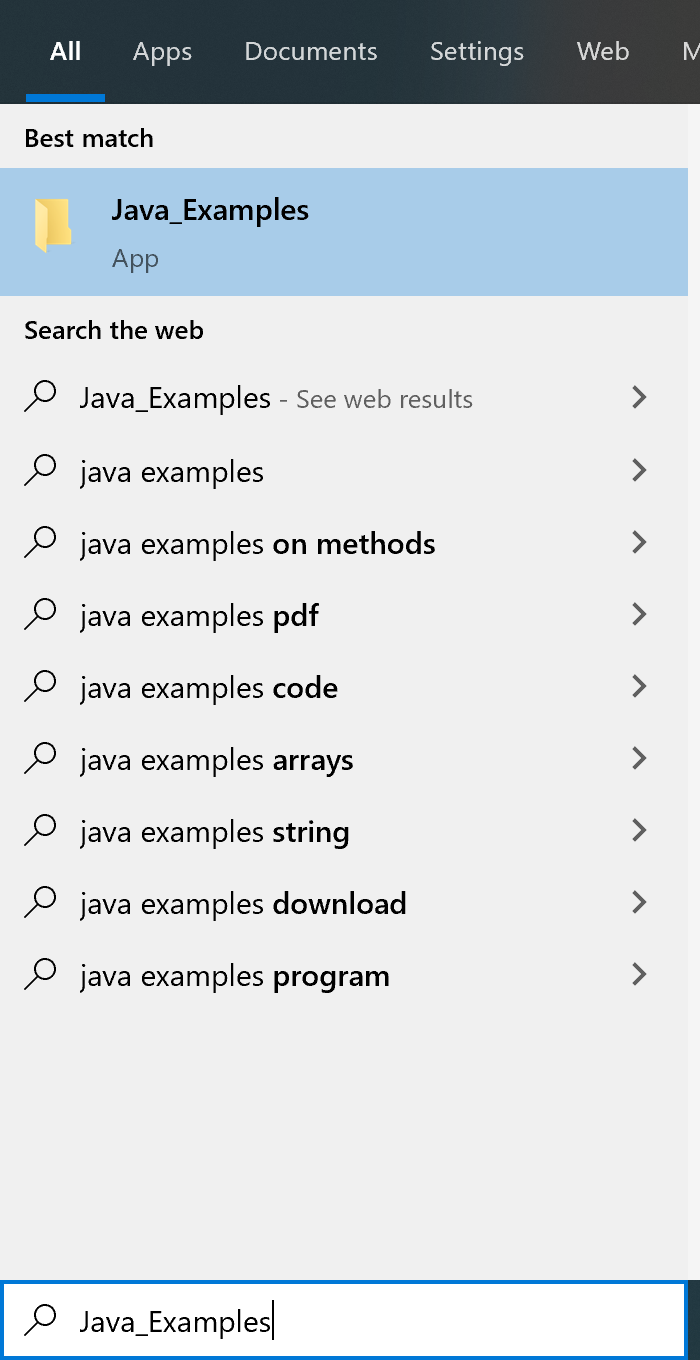 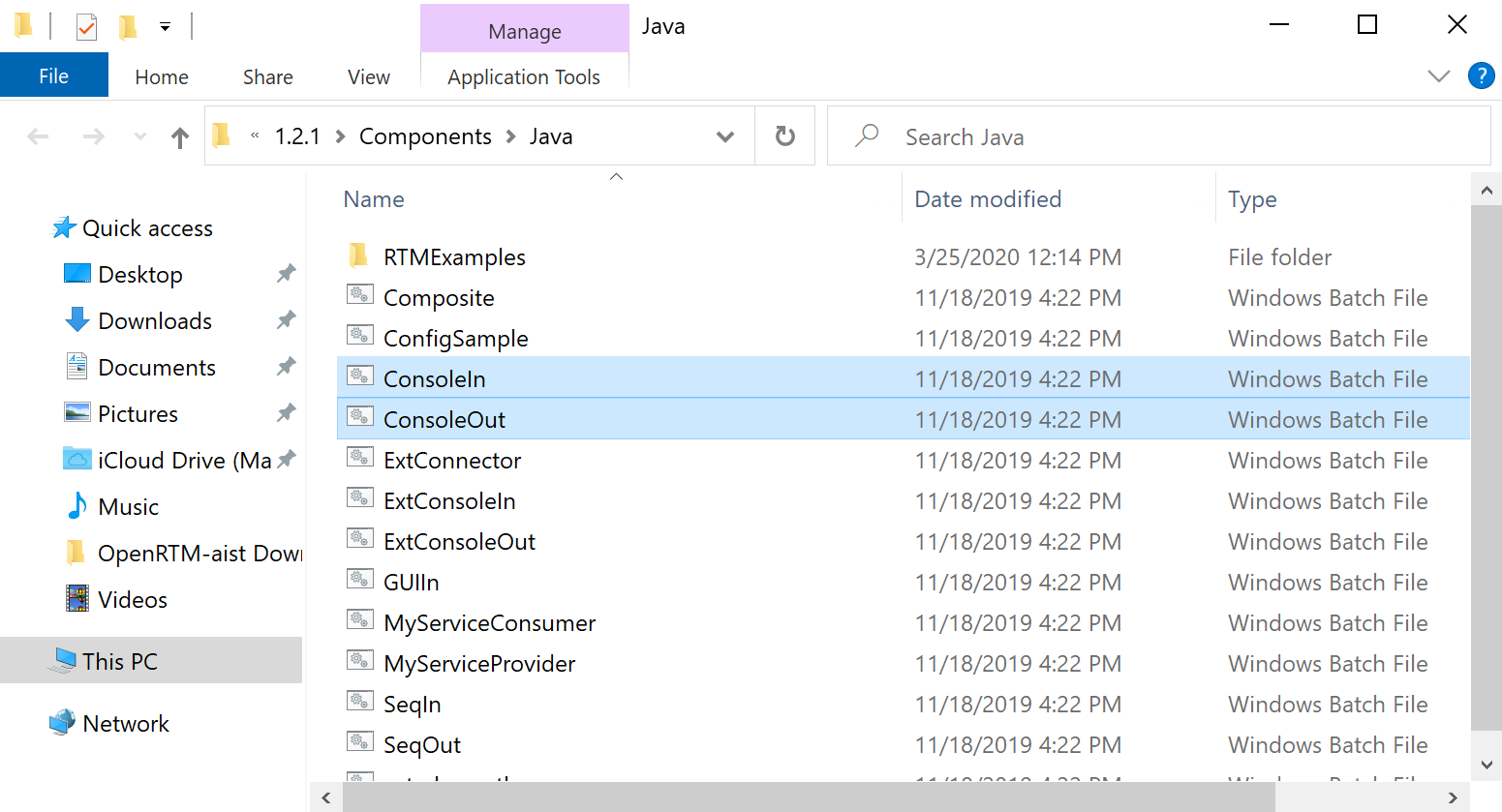 In this example, double-click on "ConsoleIn.bat" and "ConsoleOut.bat" to launch the two components. When it starts, two console screens will open, as shown below.

Console screen opens and then disappears

The problem may occur if the environment variables RTM_ROOT and RTM_JAVA_ROOT are not set correctly. If you installed it with the msi installer, rebooting the OS may solve the problem.

Also, there is a problem with the setting of rtc.conf and it cannot be started in some cases. Please open [rtc.conf for examples] in the start menu folder above and check the settings. For example, if a setting such as corba.endpoint/corba.endpoints has a mismatch with the host address of the currently running PC, CORBA will terminate abnormally.

Please try setting it to the minimum rtc.conf like the following.

Putting it in the editor

If you click [>] in the tree view of the RTSystemEditor, you will see that the two components you just launched are registered.

in the top to open the editor in the middle pane.

Drag and drop the two components shown by the

icon into the name service view on the left to the editor in the center.

Put the component in the editor

The right side of the ConsoleIn0 component has OutPort

where data is output, and the left side of the ConsoleOut0 component has InPort

where data is input.

These InPort/OutPort (called data port) are connected. When you drag and drop from OutPort to InPort (or InPort to OutPort), a dialog like the one shown in the following figure appears, so click the [OK] button with the default settings. 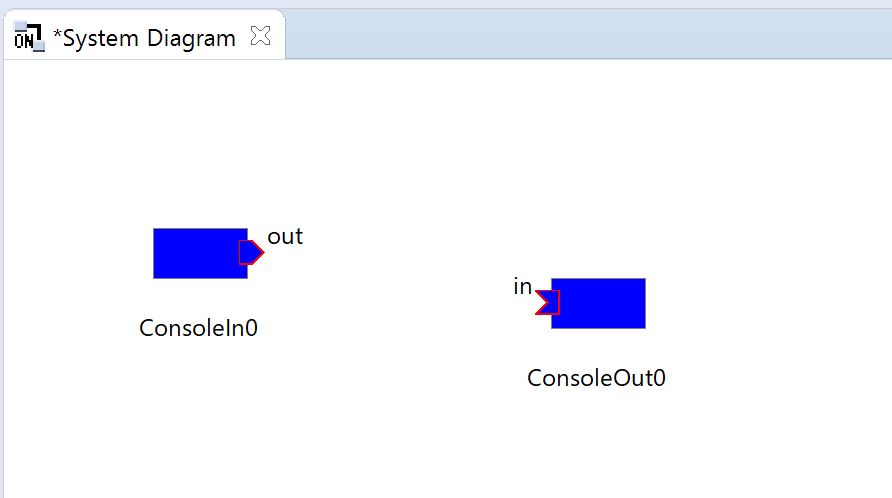 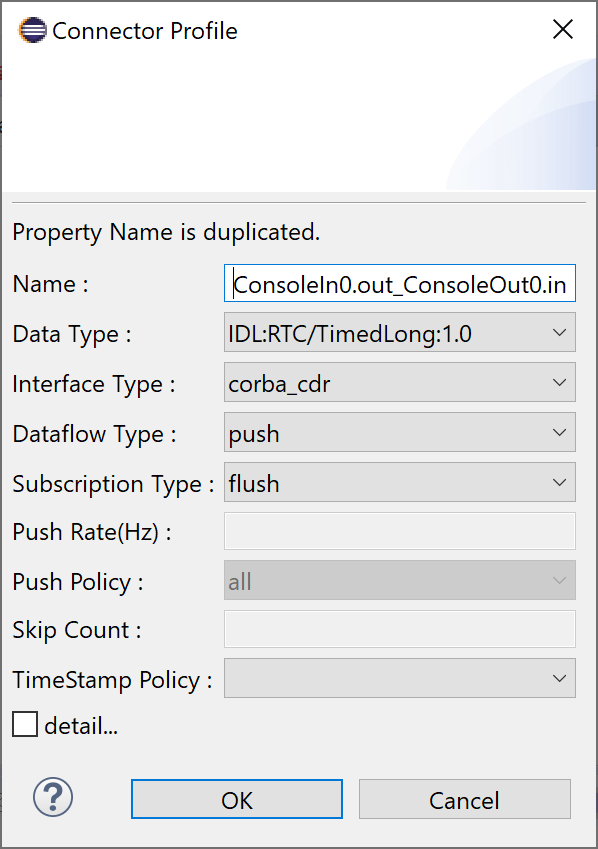 A connecting line appears between the two components. Next, click the [Activate Systems] button

on the top menu of the editor to activate these components. When activated, the component changes to green. 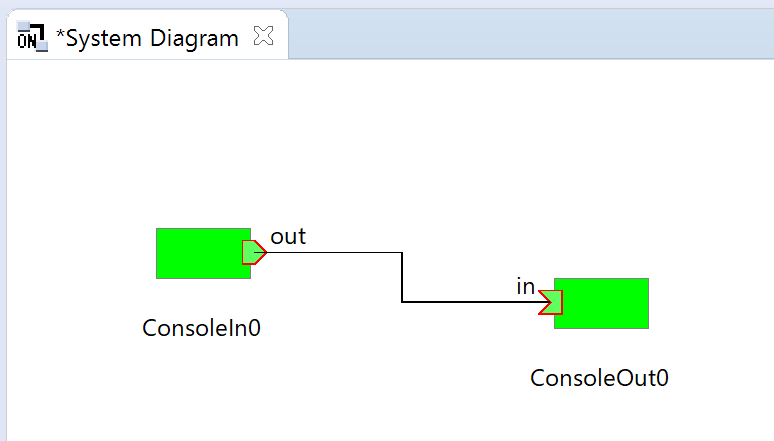 When the components are activated, the ConsoleIn component console will prompt with:

Enter an appropriate number (within the range of short int: 32767 or less) and press the Enter key. Then, on the ConsoleOut side, the entered values are displayed. It indicates that the data has been transferred from the ConsoleIn component to the ConsoleOut component.

The installer comes with a few other sample components as well. You can try these components by launching them in the same way, connecting and activating the ports in RTSystemEditor.

The following is a list of the attached batch files for component start-up and a brief description of the components that are invoked by them.

‹ Install on Fedora up Operation Check (On Linux) ›