This sample comes with the Python version of OpenRTM-aist. Please note that it is not included in C ++ version and Java version.

RT component sample with GUI screen. The sample component is started by executing TkJoyStickComp.bat. The value (x, y) corresponding to the position where the joystick on the GUI is moved by dragging is output. 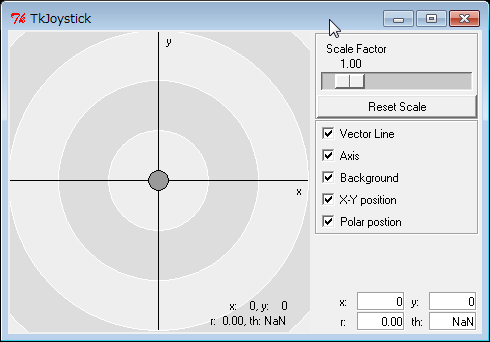 This sample comes with the Python version of OpenRTM-aist. Please note that it is not included in C ++ version and Java version. 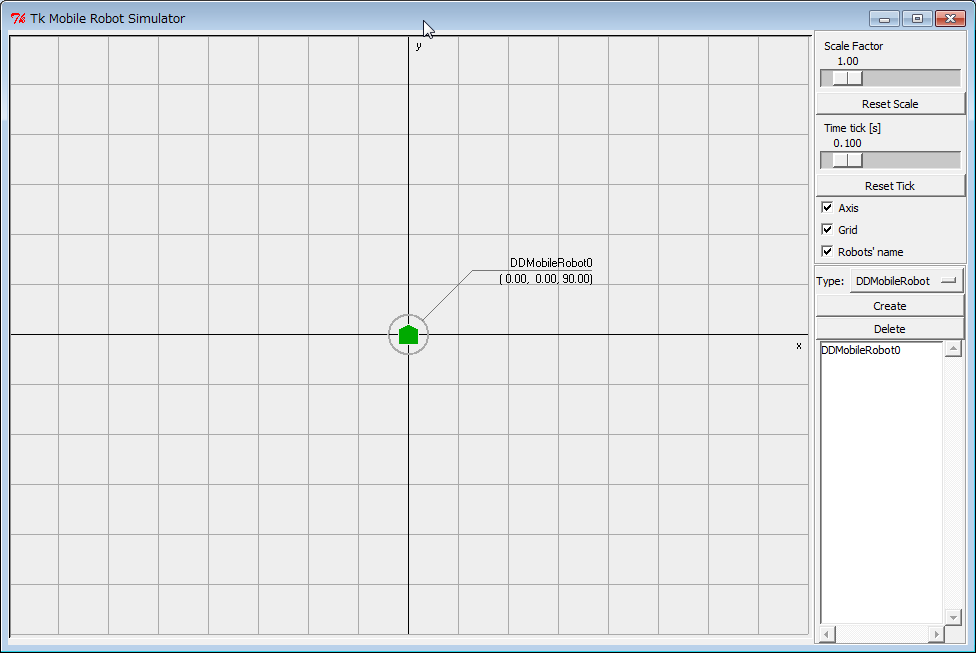 For the system to recognize it as an RTC and make the RTC visible in the Name Service, press the [Create] button in the center-right of the GUI. A pentagonal object imitating an object that moves back and forth and left and right with a motor is displayed on the GUI. The pentagonal object on the screen moves according to the input value to InPort. The input to InPort is two value vector values and one is the rotation speed of the left wheel motor and the other is the rotation speed of the right wheel motor. The speed of both wheels must be the same to go straight apex. 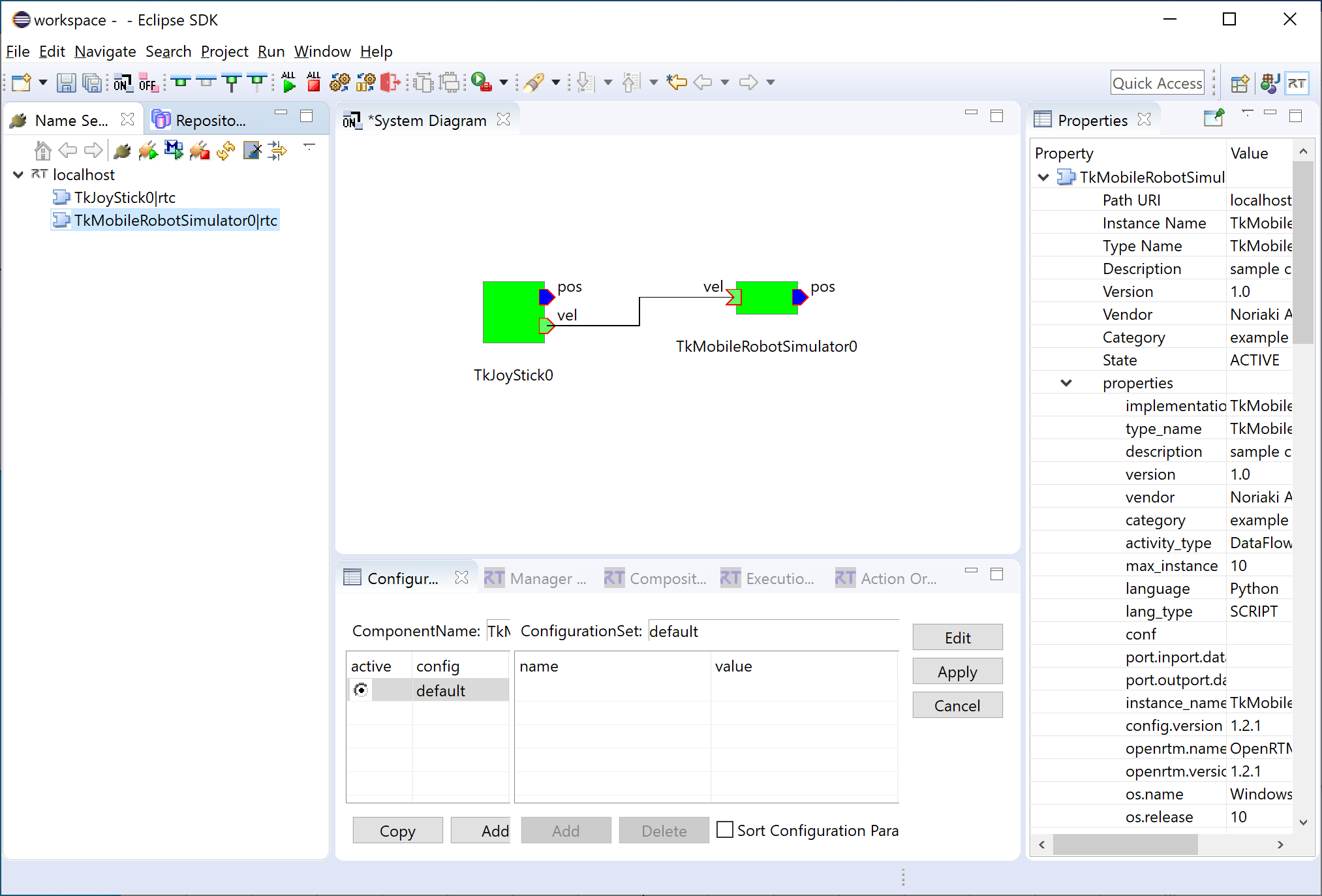 Connect TkJoystick (input device) and TkMobileRobotSimulator, and simulate a robot that the joystick controls the moving speed on the GUI.