Therefore, you can compile and execute the RT component code generated by RTC Builder on PC on Raspberry Pi. Unfortunately it seems difficult to install Eclipse and use it at practical speed.

In this section we will install the necessary packages to develop RT components.

Next, install according to the following procedure.

After installing OpenRTM-aist, start the sample component and check whether OpenRTM-aist was installed correctly. 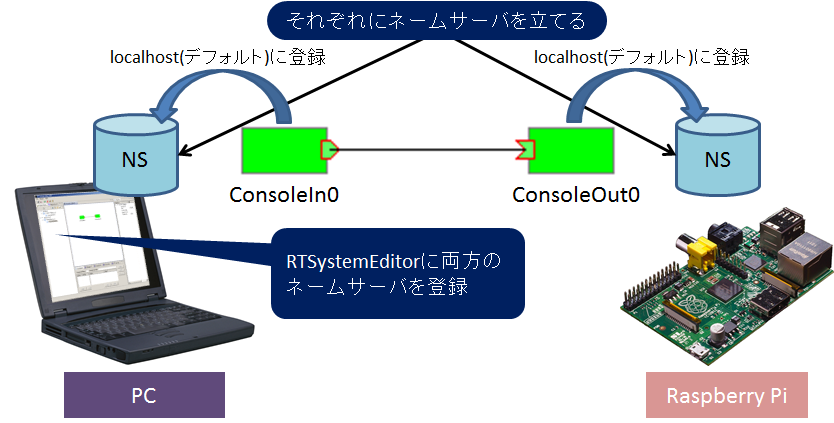 After connecting to Raspberry Pi with TeraTerm etc., start the component. Launch ConsoleOut after starting the naming service. 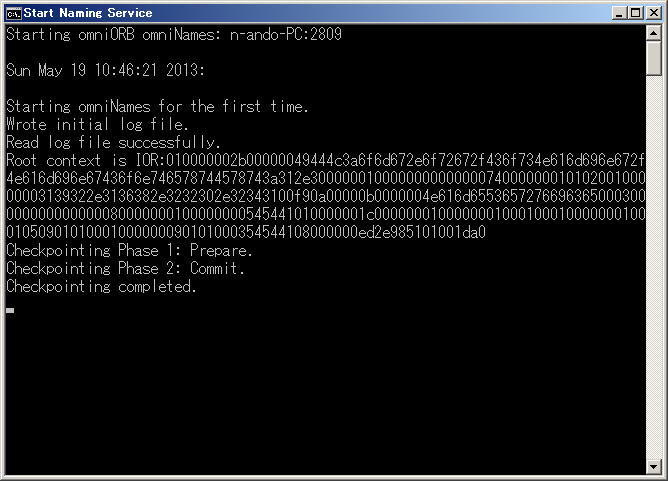 Next, connect to the name server of Raspberry Pi. Click on the connection icon of NameService View again and enter the host name of Raspberry Pi+.local in the dialog. 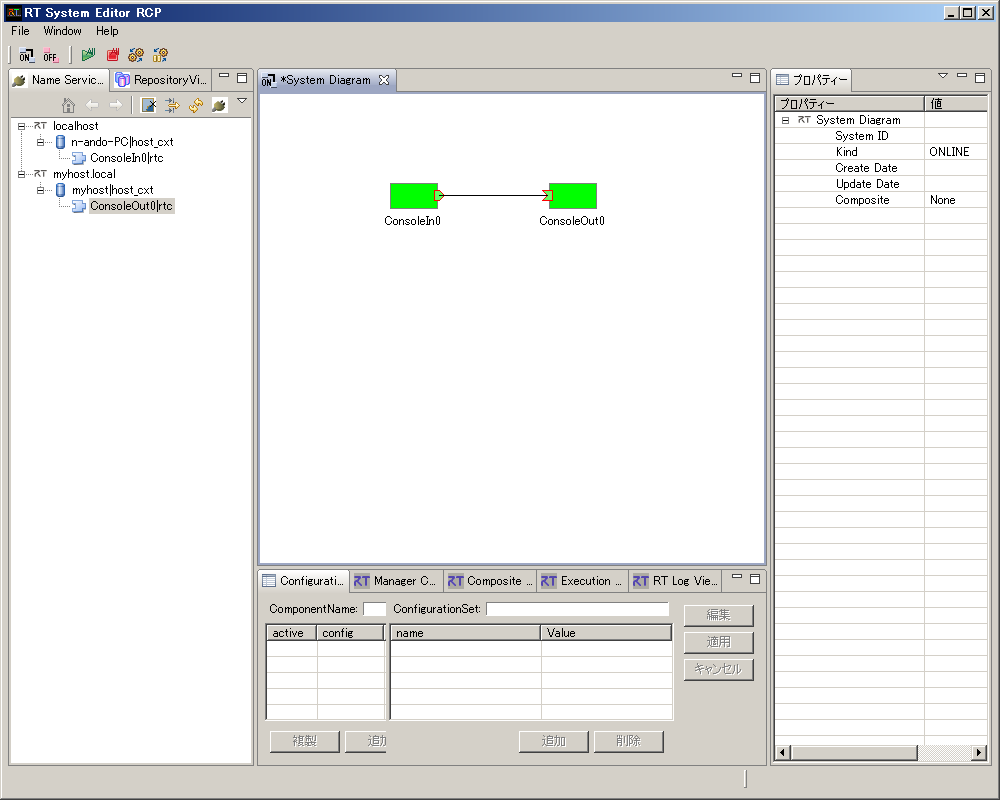 Click the green play button on the menu bar to activate the two components and to the state shown above.

Enter the appropriate number from the window of the ConsoleIn component on the PC side. 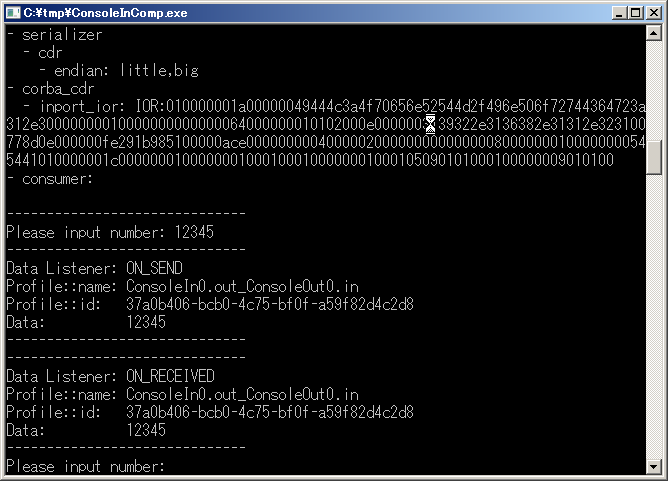 Then, the numerical value entered in ConsoleIn appears on the display of ConsoleOut on Raspberry Pi side as shown below. 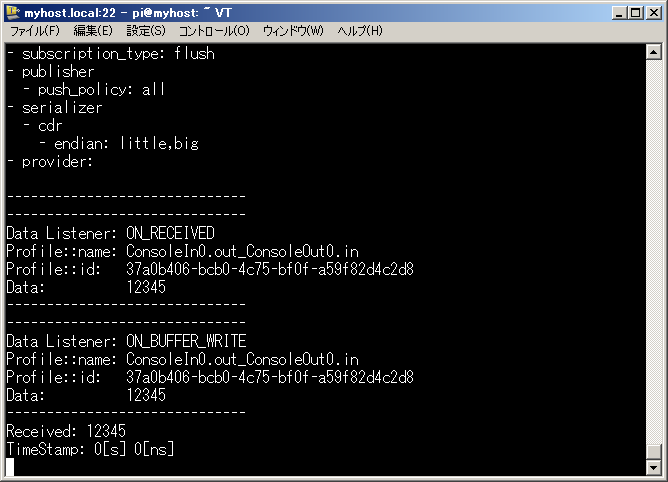 Depending on the network environment and PC settings, the above procedure may not work. Please refer to the troubleshooting below and solve the problem.

In addition, if there are two or more network interfaces such as Raspberry Pi's wired LAN and wireless LAN etc., there are cases to resolve by using only one network used for connection with PC.

Also, if there are two or more network interfaces such as Raspberry Pi's wired LAN and wireless LAN, there are cases to solve by using only one network used for connection with PC.

(G)Can not connect with RTSystemEditor, there is no reaction, etc.

PC side component problem
When there are two or more network interfaces on the PC, this happens when the interface address that Raspberry Pi does not use is used as a component reference.

However, in Vista and later Windows, files below C:\Program Files can not be edited easily. Take action by copying (or newly creating) ConsoleIn.exe and rtc.conf in an appropriate directory such as C:\tmp.

Raspberry Pi side component problem
When there are two or more network interfaces such as Raspberry Pi's wired LAN and wireless LAN, etc., if each is connected to a different network, the same problem as the above PC occurs . Check the IP address of the one you use with ifconfig and put it in rtc.conf as follows.

cmake can be installed using apt-get. Install as a user with root authority.

In the CMake-based RT component project, it is set to generate documents by using doxygen by default. However, installing doxygen will install LaTeX and others at the same time, which puts pressure on the capacity of the SD card, so we will not install Doxygen in this tutorial.

(G)How to not generate documents

To suppress document generation by doxygen in CMake based RTC project, at the top level CMakeLists.txt,

Change it as follows.

If the SD card has enough capacity doxygen can be installed with apt-get as follows.

It will take about ten minutes before Doxygen installation is complete.

It is recommended to install subversion / git because it is used frequently to acquire the source code from the outside.

I will test whether the component can be compiled. There are components for mobile robot Kobuki in the following repository, so check it out and compile it.

(G)Check out the source code

Let's check out the source code.

kobuki directory How the source code has been checked out, create a build directory, build and install within it.

kobuki directory How the source code has been checked out, create a build directory, build and install within it....

‹ How to use xfinder up Running sample components ›