After successful installation, test the operation with the attached sample. Samples are usually located at:

The samples are under /usr/share/openrtm-1.2/components/python/SimpleIO, and the description is described assuming that the search path is set in the executable file of Python itself.

The following screen will be displayed. 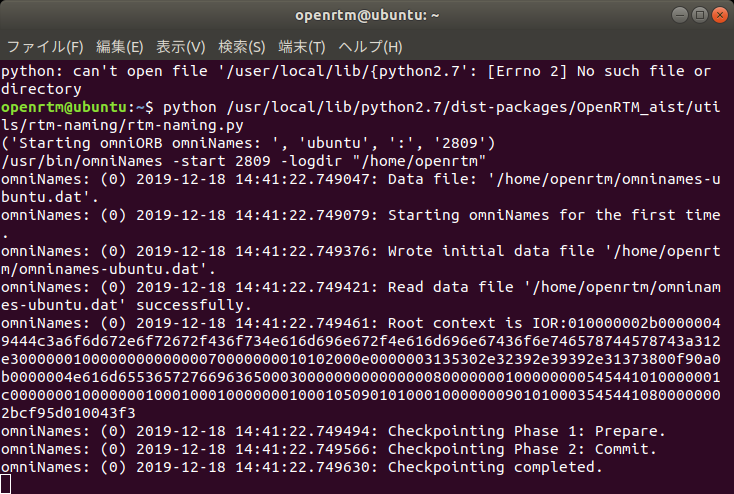 This concludes the confirmation of the basic operation of the component using the command line.

‹ Operation Check (On Windows) up